http://www.versusplus.com is out with their annual collection of economy parody songs; “The Versusplus Holiday Songbook”. Their combination of economic insight and musical talent makes the verusplus music videos of an exceptional high standard. Enjoy your holiday – and the songbook of 2011!

This is one of the very few posts I’ve hoped I never had to deliver. But I’ve seen it coming for a long time. Tonight the world has exploded in anger and severeal places i sheere violence. I won’t comment much. These news photos from around the globe speaks for them self. I only hope that our political leaders and the powerful global corporations are able to read the message; that they understand the depth and severity of the crisis and realize that this is NOT ONLY A FINANCIAL CRISIS! It’s also a social and ecological crisis – and we can not solve one without solving the other two.

All over the world protests erupted, Saturday, several places resulting in brutal violence as protesters clashes with local police forces. At the moment the most violent scence are coming from the Italian capital, Rome. All protestes seems to gather around the same three slogans, indicating that theres may be some kind of coordination. These slogans are: “You Can’t Eat Money.” “We Are The 99%,” and “We Support Occupy Wall Street“.

The photos are syndicated by Associated Press and aftenposten.no. 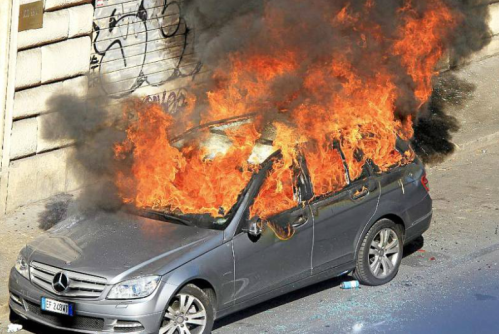 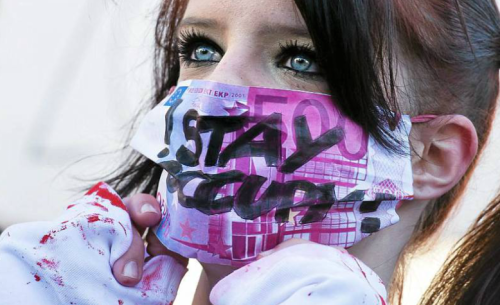 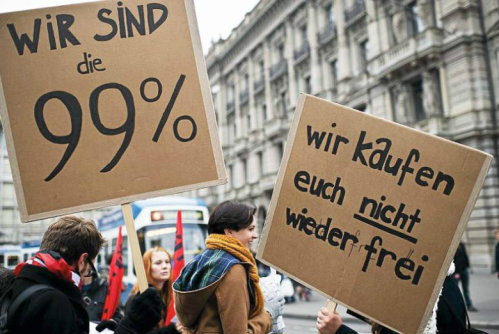 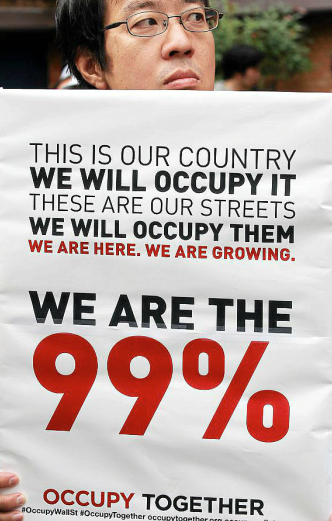 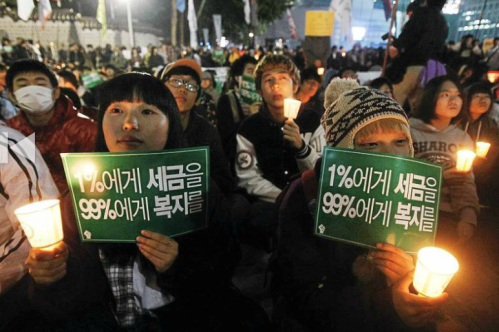 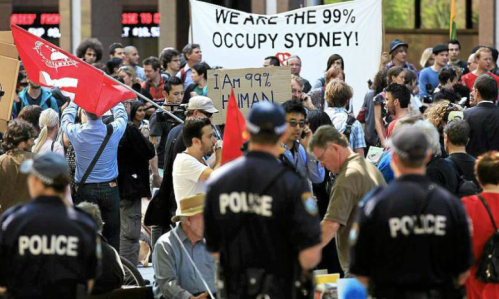 Former Chief European Economist Erik Nielsen at Goldman Sachs takes an in-depth look at what’s going on in Europe at the moment, before he’s joining the Italy based bank UniCredit as Chief Global Economist in September. Nielsen is obviously worried.

“..there is a risk that while the urgency of the economic and financial crisis may be over, a political crisis could be looming..” 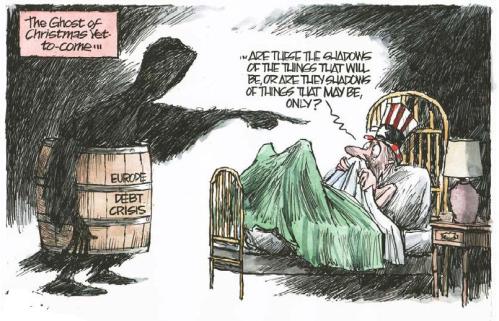 Finally, the big boys at Wall Street is getting the message: The financial crisis in Europe is about to turn into a political crisis. If that happens, the consequences will be severe and unpredictable. Here’s what former Chief European Economist at Goldman Sachs, Erik Nielsen’s latest thoughts on the subject – entertaining, as always.

The following article is syndicated by www.eurointelligence.com:

The frontlines in the battle over what to do with Greek sovereign debt has shifted, highlighting a new and uncomfortable intra-European split.

The original frontline was drawn between, on the one side, a majority of market participants, academics and commentators, and on the other side, the entire class of European policymakers.

Most market participants and other private sector analysts have long argued that the debt levels are unsustainable under any reasonable set of assumptions for growth and interest rates and that debt relief therefore would be needed. Referring to past debt crises and the first principle of fairness, they concluded that relief should and would be shared broadly among all the creditors, including bondholders, who might suffer a loss of maybe 50% of their claims.

On the other side of this argument stood the united front of policymakers. Originally, they all claimed that there would be no need for debt relief because Greek policy reforms alone would do the trick. They were not persuasive. Through their more recent actions, however, they have since acknowledged the need for debt relief by lowering the interest rate they charge on their own loans to Greece. But they have kept arguing that the bonds would not be restructured.

The casual observer would be forgiven for thinking that the world has turned on its head:  Here is the community of market participants arguing for haircuts on the bonds.  And here are the governments – representatives of taxpayers – insisting that private bondholders be protected at the implicit expense of Europe’s taxpayers.

There is good reason for the official sector’s insistence on avoiding a bond restructuring.

However, there is good reason for the official sector’s insistence on avoiding a bond restructuring. Greek bonds do not include collective action clauses, and they are distributed widely to domestic and foreign holders.  Worse, there is no reliable information on who exactly owns what, including who has bought and who has sold protection on these bonds.  The ECB’s Lorenzo Bini Smaghi has rightly suggested that the aftermath of the Lehman default might look like a walk in the park compared with a forced restructuring of Greek bonds. Some have argued that since about 90% of the bonds have been issued under Greek law, the Greek parliament could simply change the law and impose haircuts on the existing bondholders; a highly questionable preposition since retroactive legislation would run counter to any normal modus operandi in democratically ruled market economies.

The political winds throughout Europe have begun to swing towards fringe parties with a more sceptical – if not outright hostile – attitude to European cooperation.

Left with no practical way of including in an orderly way the private creditors in the burden sharing, the official sector is now contemplating further relief, including via longer maturities and maybe still lower interest rates, while insisting on further measures to speed up the inevitable policy adjustments in Greece.  However, as the political winds throughout Europe have begun to swing towards fringe parties with a more sceptical – if not outright hostile – attitude to European cooperation, the appropriateness of involving the private creditors for a fairer sharing of the burden has now been accepted by several governments, led by Germany.

With a disorderly attempt at restructuring still ruled out, the idea of voluntary participation of bondholders through a maturity extension, possibly under the vaguely defined Vienna Initiative, has been introduced. The Vienna Initiative aims as keeping banks involved in crisis countries. Importantly, while a voluntary maturity re-profiling would be unlikely to provide much,if any, net present value reduction, it might provide sufficient political cover to keep taxpayers involved for the heavier lifting.

I suspect that the ECB has concluded that the generally improved economic and financial outlook justifies a return to normal monetary policymaking.

Strangely, this reasonable and gentle call for private sector involvement has met strong opposition from the ECB.  Having no explicit vote in the system, the ECB has threatened a practical veto by suggesting that voluntarily re-profiled bonds might not be eligible as collateral under its repo system.  Surely, if that were to be the ECB’s final word, then no bank would voluntarily participate, and the attempt to include even modest private sector participation would end right there.

Why would the ECB now throw a spanner in the wheel for what appears to be a perfectly reasonable compromise to involve most of the bondholders – and recalling that they have before made important exceptions to the treatment of debt in their collateral set-up?  I suspect that the ECB has concluded that the generally improved economic and financial outlook justifies a return to normal monetary policymaking.  Therefore, they now want to send their extraordinary and at times quasi-fiscal measures back to their rightful owners; the governments.  This means that governments need to adjust their policies, and when help is needed for one of the member states, it is to be provided via implicit or explicit tax transfers by other members, not the ECB.

There is a risk that while the urgency of the economic and financial crisis may be over, a political crisis could be looming if additional taxes have to be transferred. 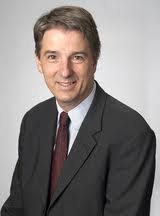 I have a lot of sympathy for that argument. But there is a risk that while the urgency of the economic and financial crisis may be over, a political crisis could be looming if additional taxes have to be transferred. And if, God forbid, the financial crisis indeed were to be followed by further political tensions with the potential to drag euro zone member states away from the common good, and towards nationalism, then the ECB could soon find itself back with policies much more uncomfortable than the acceptance of collateral of bonds which the holders have voluntarily accepted in place of their holdings of shorter bonds. Wanting to do the right thing, there is a real risk that the ECB is moving too fast towards the exit door right now.