Yeah, someone is working behind the scenes, all right!
(via Techdirt)

The UN has apparently been considering a proposal pushed by Brazil and Germany, to clarify that basic offline rights to privacy should apply to online information and activities as well.
The proposal is targeted at attempts by governments — mainly…

END_OF_DOCUMENT_TOKEN_TO_BE_REPLACED 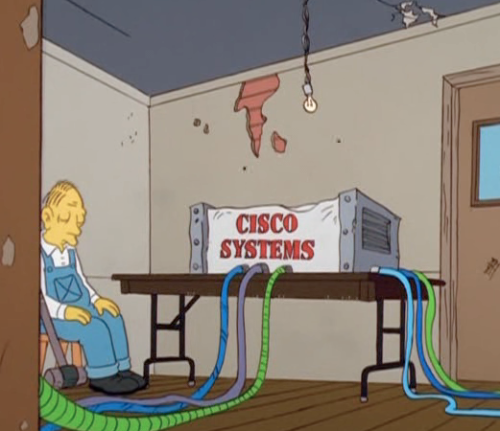 Cisco(s csco) has shocked financial analysts — who were expecting healthy growth — by predicting a 10 percent sales slump during the current quarter. There are a variety of reasons for this, but the standout one is the backlash in emerging markets against the activities of the U.S. signals intelligence agency, the NSA.

This shouldn’t have come as a surprise. Communications infrastructure is absolutely central to the surveillance scandal, and that’s Cisco’s business. An American networking firm was never going to come out of this mess well – and the whole infrastructure business is in a state of upheaval anyway — but the figures are sobering nonetheless.

In the last quarter, on which Cisco was reporting on Wednesday, the company saw a sudden 21 percent revenue drop in its top 5 emerging markets: 25 percent down in Brazil, 18 percent down in India, Mexico and China, and 30 percent down…

It should not come as a surprise to anyone, but never before has an American  official acknowledged that the US government is working on or is in possession of malware capable of attacking a foreign nation in a cyber conflict, despite the fact that at least one attack – the famous Stuxnext worm – has been attributed to the USA.

“I would like to be clear that this team, this defend-the-nation team, is not a defensive team.”

For the first time, NSA chief and head of the US Cyber Command Gen. Keith Alexander admitted America is ready to attack in cyberspace, website Mashable.com reports. On Wednesday, in his annual testimony to the House Armed Services Committee, Alexander took the cyber war rhetoric coming out of Washington up a notch: “I would like to be clear that this team, this defend-the-nation team, is not a defensive team,” he said. “This is an offensive team.”

In other words, this cyber army is ready to retaliate in case of a cyber attack against the United States.

As part of the expansion of the cyber security force, Alexander also said that he is adding 40 teams, 13 focused on offensive operations and 27 for surveillance and training. Thanks to the expansion, the cyber command will grow from 900 to a corps of more than 4.000 employees.

According to Alexander, this kind of attack poses a major threat, even bigger than a terrorist attack.

Well, that’s what experts have been saying for years….

The most important question now is not if the US will respond to the continuously ongoing cyber attacks against corporations and government institutions all over the world, but when, and how…