iPhone Is Secretly Tracking You

Apple iPhones and 3G iPads running iOS 4 might be tracking their owners’ movements, according to a new report from O’Reilly Radar. Evidence has been found that the iPhone and iPad, makes unprotected backups of detailed information about locations and time that shows where the mobile devices have been at any given time.

“I ran the application on my computer to find out if my iPhone has been tracking me. It returned a detailed map showing the many places I’ve been with my smart phone.”

Alasdair Allan, senior research fellow in astronomy at the University of Exeter, and writer Pete Warden say they have found evidence that the iPhone and iPad, (and backups on users’ computers) contain detailed location information, including latitude, longitude, and time stamps, that show where the mobile devices have been.

In addition, the information is unencrypted and unprotected, and it’s on any machine you’ve synched with your iOS device, they claim.

The information is reportedly stored in a file called “consolidated.db.”

The writers claim that the information, which isn’t always exact, started being collected around the time of the launch of iOS 4 last year.

They say that they have found tens of thousands of data points in this file  that, they believe, were collected via cell-tower triangulation.

However, the fact that the iPhone or 3G iPad can be tracked isn’t all that surprising.

Apple currently offers a free app, Find My iPhone, that lets users track their smart phone from another device.

The service is also available to iPad and iPod Touch owners.

But the claims made by Allan and Warden are a bit different.

For one, in their findings, users don’t know that they’re being tracked.

Moreover, exactly why that information is reportedly being tracked is unknown at this point. And as they rightly noted, “cell phone companies have always had this data, but it takes a court order to access it.”

Although the alleged findings will raise some red flags in the privacy and security community, the information the writers allegedly came across has  not being leaked out on the web – yet.

People who are concerned that their iPhone or iPad is tracking their locations can find out with the help of an application Allan and Warden released, named iPhone Tracker.

The open-source application maps all the points of location information saved in the user’s devices.

“I ran the application on my computer to find out if my iPhone has been tracking me. It returned a detailed map showing the many places I’ve been with my smart phone.”

Allan and Warden plan to discuss their findings in more detail later Wednesday at the Where 2.0 conference in Santa Clara, California.

Apple did not immediately respond to the web site CNET’s request for comment. 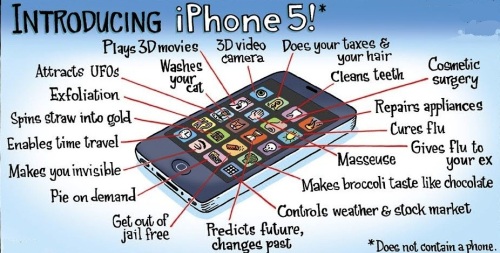 Comments Off on iPhone Is Secretly Tracking You

Will Microsoft Team Up With Adobe To Battle Apple?

Well, this is one of the hottest rumors in the info tech business at the moment. However, both Microsoft and Adobe denies that a plan of an alliance between the two is on the table. But analysts and business insiders see the move as a natural next step in the ongoing battle to dominate the mobile application market.

“With Dreamweaver on its hands, Microsoft would pretty much have everything covered.”

And indeed, Microsoft has the money to buy Adobe, whose current market value is about $15 billion, with its guided estimate of a record profit at $27,3 billion for the full fiscal year, ending in June 2011.

But Microsoft have also invested heavily in developing its own Flash rival – Silverlight.

However,after Apple dumped Adobe’s Flash on both iPhone and iPad, the game is about to change.

“We value our independence, and we continue to think that we just have tremendous opportunities ahead of us as a company,” he says.

(Here at The Swapper we’re tempted to see this statement as a signal to Microsoft that they have to pay a price per share that’s well above market value if they want Adobe to accept an offer.)

Morningstar analyst Toan Tran is among those who belive there’s something to the rumor:

“It may be a case of “the enemy of my enemy is my friend,” and both Microsoft and Adobe have a common enemy in Apple,” Tran says.

Editor of the magazine PC Pro, who reports on the story, is not too thrilled about the idea:

“What a shame if this not only turns out to be true, but actually come to pass,” Tim Danton writes in a comment in the latest edition of PC Pro, (January 2011).

“To battle against Apple’s perceived dominance on mobile platforms, Adobe and Microsoft need to concentrate on innovation, not consolidation. If the merger happened, all I can see is 18 months of bickering and fall-outs.”

“And what would be the benefit to the consumers? That rather than two player technology, in Silverlight and Flash, we get one? I can only see one winner from this deal, and that’s Apple,” Danton concludes.

Here are some comments from business insiders, bloggers and software reviewers:

“It might be a good idea for Microsoft to buy Adobe since they have complementary products. But it would be a very bad idea to buy the company simply because of a spat with Apple.”

“It might not just be about defending against Apple. It would also help Microsoft in the web development market, with Dreamweaver on its hands, Microsoft would pretty much have everything covered.”

“The whole theory falls down if Apple starts to allow Flash.”

Anyway – this has the potential to be the next big story in the tech industry, and you can be sure investors are keeping a close eye with these companies at the moment.

Comments Off on Will Microsoft Team Up With Adobe To Battle Apple?

Here’s some essential reading for the Easter holidays, provided by high5finance:

* IMF: World Economy ”Not out of the Woods”

* Invasion of the Inflation Doves

* Australia Tries to Prevent Ship Breaking Up Near Reef

* Weighing the Week Ahead: Fed Fixation

The Huffington Post:The Unspoken Macro of the Citibank Saga

The Collector: Break through at Large Hadron Collider

* A Reason to Be Bullish?

* Time to Get Real About China

* Bulls Still Getting the Benefit of the Doubt

* American Bonds Most Likely to Crash

* Beijing Will Hike Rates, But Not So Soon

*A Few Caution Signals for the Bull Market

* MasterCard, Visa, and the Card Sharks

* Russia’s Chechen War: It All Comes Down to Energy Rents

* The Biggest Victims of the Market Drop? Not Boomers

* The Recession’s 10 Most Outrageous Jobs Stories

* Is This an Economic Recovery?

* The Only iPad “Review” You Need To Read

* Greece May Be Heading to ‘Square One’ as Bonds Fall

Comments Off on Easter Updates (7)