Too Big To Jail

One might certainly wonder what the EU regulators want to achieve with their  probe into the big global bank’s shady CDS activity. They can’t launch a criminal investigation anyway. The banks in question – once “too big to fail” – are also “too big to jail”.

“Credit rating agencies would weigh in with ponderous warnings, which would scare sources of capital from participating.”
Robert Lenzner 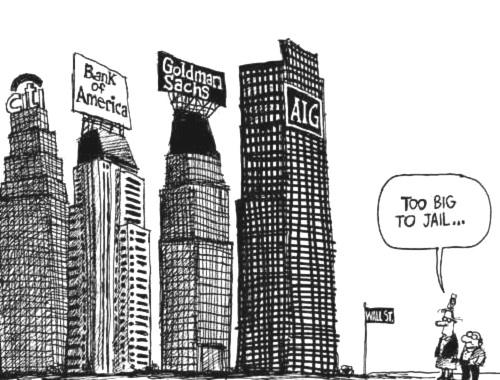 As pointed out in my last post, I’m not sure what’s really going on with the European Commission and the launching of two separate probes into the shady CDS trading of 16 major global banks. Perhaps they’re trying to fill up the bailout-bin with some juicy cash settlements?
That is acctually all the EU Commission can hope for.
Whatever the findings of the CDS investigation might be, there will never be a criminal case against banks like Goldman Sachs, JP Morgan Chase or Bank of America.
Never.
It’s exactly one year since the US Security and Exchange Commission charged Goldman Sachs with fraud related to the subprime disaster.
Two months later, Goldman and the US authorities agreed on a cash settlement of USD 550 million, or – roughly – equal to 3,4% of the banks bonus pool…
And this was supposed to be the biggest crackdown on financial crime – ever!
All the major banks have been facing similar or other criminal charges, but none – I repeat; none – have so far been given more than a slap on the wrist and a cosy little fine.
Unfair? Absolutely. But the fact is, however, there’s nothing else to do.
As Robert Lenzner at Forbes.com points out; a criminal  case would threaten these banks status as an authorized dealers in government securities and would in effect put such a cloud over its role in  buying and selling US Treasury securities that it would damage that gigantic and  crucial marketplace.
Besides, a criminal case, before it was tried or settled, would severely hinder the banks’ ability to borrow money in global markets, as many financial institutions would place it on a restricted list. 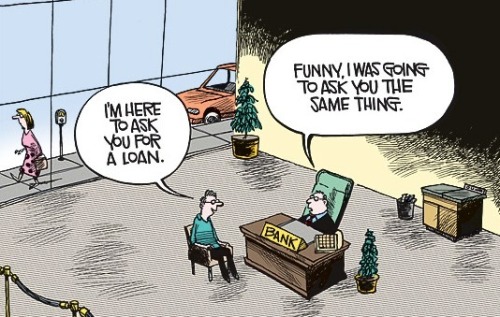 “Credit rating agencies would weigh in with ponderous warnings, and most likely scare sources of capital from participating,” Lenzner writes in his comment on the latest Goldman-bashing by the US Senate.
And this, in turn, would drastically reduce these banks ability to trade corporate debt, common stocks, currencies or commodities.
This process would feed on itself even before any sense that the firm was criminal or not.
Additionally, the central bankswould become quite wary of having any of these firms as a counterparts on any transaction.
So would all other market participants.

About 90% of all the derivative transactions in the world are handled by these firms with each other as the counterparts. 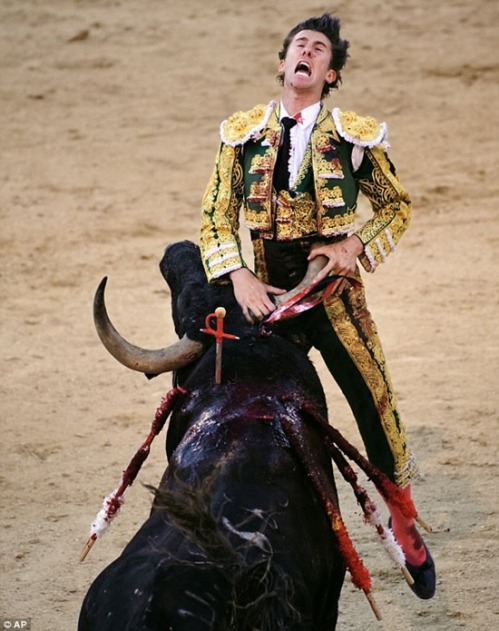 4 responses to “Too Big To Jail”