Who The Fuck Is This Keynes-Guy?

For most people, with no relation to the financial sector and ordinary knowledge of economics, the name John Maynard Keynes means next to nothing. So, it’s a pleasure to share this article written by William Alpert and Sol Sanders; an excellent presentation of the famous economist that shaped our economy after World War II, but now has come back to haunt us with the possibility of making some huge mistakes.

“Keynes wouldn’t have been a Tea Party-er. But there is little doubt that his mind and heart would not have been with the Dodd-Frank-Geithner spend-until-we- recover crowd who have taken his name in vain. “ 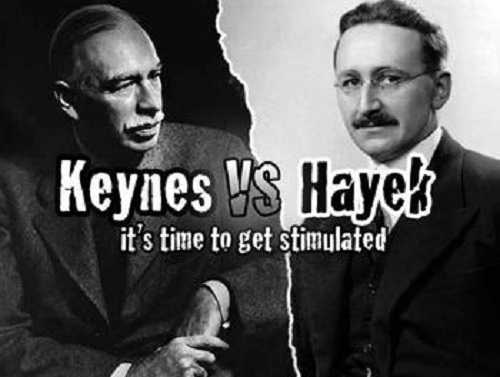 “Few would dispute the claim that John Maynard Milord Keynes was a genius. He was one of a long line of British writers on the political economy, who revolutionized the sport. He was brilliant if sometimes torturous in seeking to explain the riddle of human economic life,” the two authors states.

Like his British (mainly Scots) forbears, and like their offspring on the Continent who continued the tradition after it had died in Britain, he was a savant of political, repeat, political economy. For they understood as successive generations of practitioners of “the dismal science” often have not, that it is not a science.

They also knew that those who use statistics and, may the Lord help us, the new digital revolution, to build their “constructs”, not only to examine but to predict human behavior, will usually fail.

Torturous? Well, at least more than a bit Machiavellian.

He rather quickly left his Cambridge colleagues behind, including a homosexual lifestyle, when he ventured into the world.

He had minimum truck with the leaders of the chattering classes of his time, the inbred Bloomsbury Set, and even less with the Fabian Society.

The latter, of course, thought they had found the ultimate formula for a several hundred years search in utopian, Christian, anarchy, syndicalist, Marxian and other European socialism.

But unhappily, they were completely derailed by the Soviet heresy. For example, H.G. Wells would write a pamphlet not only endorsing but calling Stalin “beloved” on the eve of the Moscow Trials.

Torturous, too, if you are a layman and have tried to struggle through his General Theory of Employment, Interest and Money, generally acknowledged as his magnum opus or through an incredible array of writing – some of it surprisingly good.

See for example his The Economic Consequences of the Peace, in which he predicts the disastrous outcome of the Treaty of Versailles.

Keynes not only put his stamp on the academic world and excelled in the vicious infighting of government bureaucracy but he made a fortune gambling in commodities.

Machiavellian? Keynes not only put his stamp on the academic world and excelled in the vicious infighting of government bureaucracy but he made a fortune gambling in commodities. 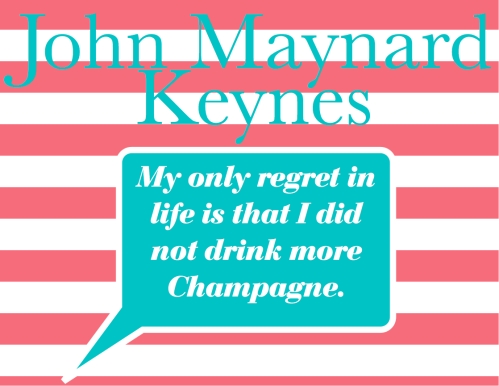 A fund he set up for his Cambridge alma mater despite taking a massive hit during the Stock Market Crash of 1929, produced an average increase of 13.2% compared with the general market in the United Kingdom declining by an average 0.5% per annum until 1945.

His contempt for many if not most of his bureaucratic contemporaries was monumental.

After the Bretton Woods agreements were signed, the attempt to reset the world’s economies after World War II over which he presided, he snidely told one of his gophers:

In his own way, Keynes could be called the father of Europe’s post-World War II miraculous reconstruction. 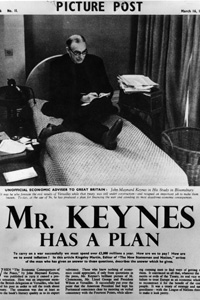 This time his proposal that modest reparations should be sought, that all the powers should unite in rebuilding and with American credits under the Marshall Plan was accepted.

They had been rejected when as a young rising star in the British Treasury he had proposed them as early as 1915 and at the Versailles Conference. But Keynes, alas, was not by any means always right!

“The day is not far off”, he wrote, “when the economic problem will take the back seat where it belongs, and the arena of the heart and the head will be occupied or reoccupied, by our real problems/the problems of life and of human relations, of creation and behavior and religion.”

His reputation, however, has become omnipresent – – spreading even to his self-acknowledged opponents. In 1999, US President Richard Nixon, having thrown his own primitive economic prejudices to the winds and instituted disastrous wage and price controls, said, “We are all Keynesians now”.

But however politically wily domestically or brilliant at international strategy, it’s unlikely that Nixon knew much about what Keynes had in fact argued.

A Greek chorus of the kind of economists who believe econometric models can predict social and political events is once again invoking the Old Boy’s name to bless profligacy.

It is true that Keynes was an interventionist, that he believed government had a role and should employ it, to curb and limit the business cycles which have dominated modern economic life since The Industrial Revolution began with the advent of capitalism — and perhaps before.

Keynes set strict limits on how governments might borrow and toss capital into the machinery to get it up and going again.

But Keynes set strict limits on how governments might borrow and toss capital into the machinery to get it up and going again.

Keynes did believe in something he called “socialized investment”, that is public funds/borrowing that had to be made for the general good beyond the normal functioning of the capitalist system. And, if not lick the business cycle, to at least ameliorate it.

He wanted to set up separate budgets – for current accounts and for longer term capital projects which might require government assistance if not sponsorship.

He neither believed in general funding of an amorphous public debt through public borrowing and spending, nor of using the tax tables to work out solutions to social problems.

That’s something, by the way, that most corporations do today but which the Congress, which so far hasn’t produced this year’s budget. has never undertaken for one of the largest commercial enterprises in the world, the US government.

But he neither believed in general funding of an amorphous public debt through public borrowing and spending, nor of using the tax tables to work out solutions to social problems.

For a man who could twist the English language until it screamed for mercy, he actually made this point very clearly:

The more socialized we become, the more important it is to associate as closely as possible the cost of particular services with the sources out of which they are provided even when a grant-in-aid is also required from general taxes.

This is the only way by which to preserve sound accounting, to measure efficiency, to maintain economy and to keep the public properly aware of what things cost.

As early as 1931 (although it was hardly early for the British who already had endured a painful decade of restoration of the pound to its pre-war status), Keynes, in a radio address, said:

“[At] the present time, all Governments have large deficits. For government, borrowing of one kind or another is nature’s remedy… for preventing business loses from being, in so severe a slump as the present one, so great as to bring production altogether to a standstill. It is much better in every way that the borrowing should be for the purpose of financing capital works, if these works are of any use at all than for the purpose of paying doles [or veterans’ bonuses]. But, so long as the slump lasts on the present scale, this is the only effective choice for the one purpose or the other [or a diminished Sinking Fund, which has the same effect] is practically inevitable For this is the case, fortunately perhaps, where the weakness of human nature will, we can be sure, come to the rescue of human wrong-headedness.”

“… My own policy for the Budget, so long as the slump lasts, would be to suspend the Sinking Fund, to continue to borrow for the Unemployment-Fund, and to impose a Revenue Tariff. [Author’s note: Few recognize that his The General Theory was written with the assumption of an economy closed to foreign trade – – unlike our own today, but that is the subject for another time.] To get us out of the slump we must look to quite other expedients. When the slump is over, when the demands of private enterprise for new capital have recovered to normal and employment is good and the yield of taxation is increasing, then is the time to restore the Sinking fund and to look critically at the less productive state enterprises.” 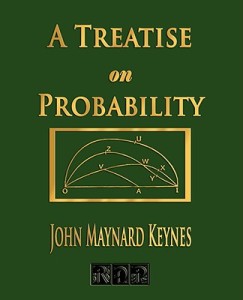 Perhaps even more to the point:

His ghost must be screaming about the downs at Tilton in Sussex where his ashes were scattered in 1946.

Maybe Keynes wouldn’t have been a Tea Party-er. But there is little doubt that his mind and heart would not have been with the Dodd-Frank-Geithner spend-until-we- recover crowd who have taken his name in vain.

President Barack Obama’s stalwarts may think they know what they are doing, throwing “stimulus” about – mostly in the form of supporting and expanding government through national and regional public sector employment.

But their claim that it is all following the philosophy of one of the last of the great political economists (rather than today’s econometricians pretending they are) is false.

His ghost must be screaming about the downs at Tilton in Sussex where his ashes were scattered in 1946.

John Maynard Keynes and his sharpest theoretical opponent F. A. Hayek, two of the great economists of the 20th century, come back to life to attend an economics conference on the economic crisis.

Before the conference begins, and at the insistence of Lord Keynes, they go out for a night on the town and sing about why there’s a “boom and bust” cycle in modern economies and good reason to fear it.

2 responses to “Who The Fuck Is This Keynes-Guy?”