The Risky Are Rallying

Well, why not? The EU leaders are not going to solve anything this time either. That means the central banks have to keep on buying government bonds to keep the prize stable and prevent a total collapse. Seems like a pretty safe bet to me…so far…

“If the EU does opt to muddle – let’s “wait and see” – through then it will no doubt fall on the ECB to provide support.” 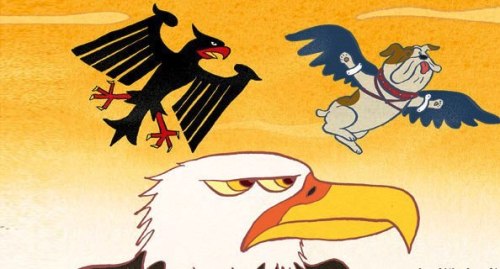 Not even the collapse of a euro zone government could prevent risky assets rallying today, with stocks reaching their highest levels for two weeks. As expected, Portugal’s minority Socialist government lost the vote on its latest austerity package, prompting the prime minister Jose Socrates to resign. The incumbent government will continue in a caretaker capacity until the president calls a general election, which will probably be held within the next two months. This complicates matters even more for the EU and Portugal, according to Markit Financial Information.

The latter country’s yields were up around 7.75% (Markit Evaluated Bonds) earlier today, a level that is clearly unsustainable over the medium-term.

Pressure was already mounting on Portugal to accept a bailout, and this will only increase over the coming days and weeks. But the power vacuum makes a rescue problematic.

“If the country is to receive loans from the EFSF it will need to agree to another round of austerity measures. The caretaker government doesn’t have the mandate to do this. Portugal might have to wait until the new government is elected in May,” credit analyst Gavn Nolan writes in the Intraday Alert from Markit.

But it faces a large bond redemption in April:

“Investors will be looking at a country that is politically unstable with low growth prospects; high yields will be required to stimulate demand for the debt. If the EU does opt to muddle – let’s “wait and see” – through then it will no doubt fall on the ECB to provide support.”

There were rumours today that the central banks was active in buying bonds. Hovever, some traders said there was no substance to this.

“The sanguine view taken by the markets – the sovereign’s CDS spreads ended the day flat – implies that a bailout is all but inevitable. A rumour that a rescue was impending helped spreads recover from earlier widening. The markets will be looking for at least a message from the EU summit that the EFSF is available to Portugal,” Nolan underlines.

Investors have become prepared for disappointment from the summit.

“This isn’t an unfamiliar feeling for the markets where EU gatherings are concerned. It is not even certain that the debt crisis will be the main topic of discussion; Libya and the fate of nuclear power could occupy much of their time.”

Two of the main concerns of financial markets – the funding of the EFSF and Ireland’s bailout terms – are highly unlikely to be resolved at this summit.

The first issue is expected to be addressed once domestic political hurdles are overcome in Finland and Germany.

“But the latter issue will probably be more challenging. Ireland’s intransigence on its corporate tax rate is clearly bothering some of the other members, but the elephant in the room is the recapitalisation costs of the Irish banking sector,” Gavan Nolan points out.

Adding: “If a figure in excess of EUR35 billion is revealed in the stress tests results at the end of this month, then the country’s solvency will come under intense scrutiny. Burden sharing by senior bank bondholders – anathema to the EU’s powerbrokers – will be back on the agenda.”

The great and the good at the EU will take some comfort from the absence of contagion in the sovereign credit markets.

Spain’s spreads would have been widening sharply a few months ago if Portugal was under similar pressure as it is today.

“But the larger Iberian country is no longer seen as a credible candidate for a bailout by most market participants, evident in the difference between the two sovereigns’ spreads, now at a record high,” Nolan concludes.

36 responses to “The Risky Are Rallying”